Logano: Brad and I need to find a way forward 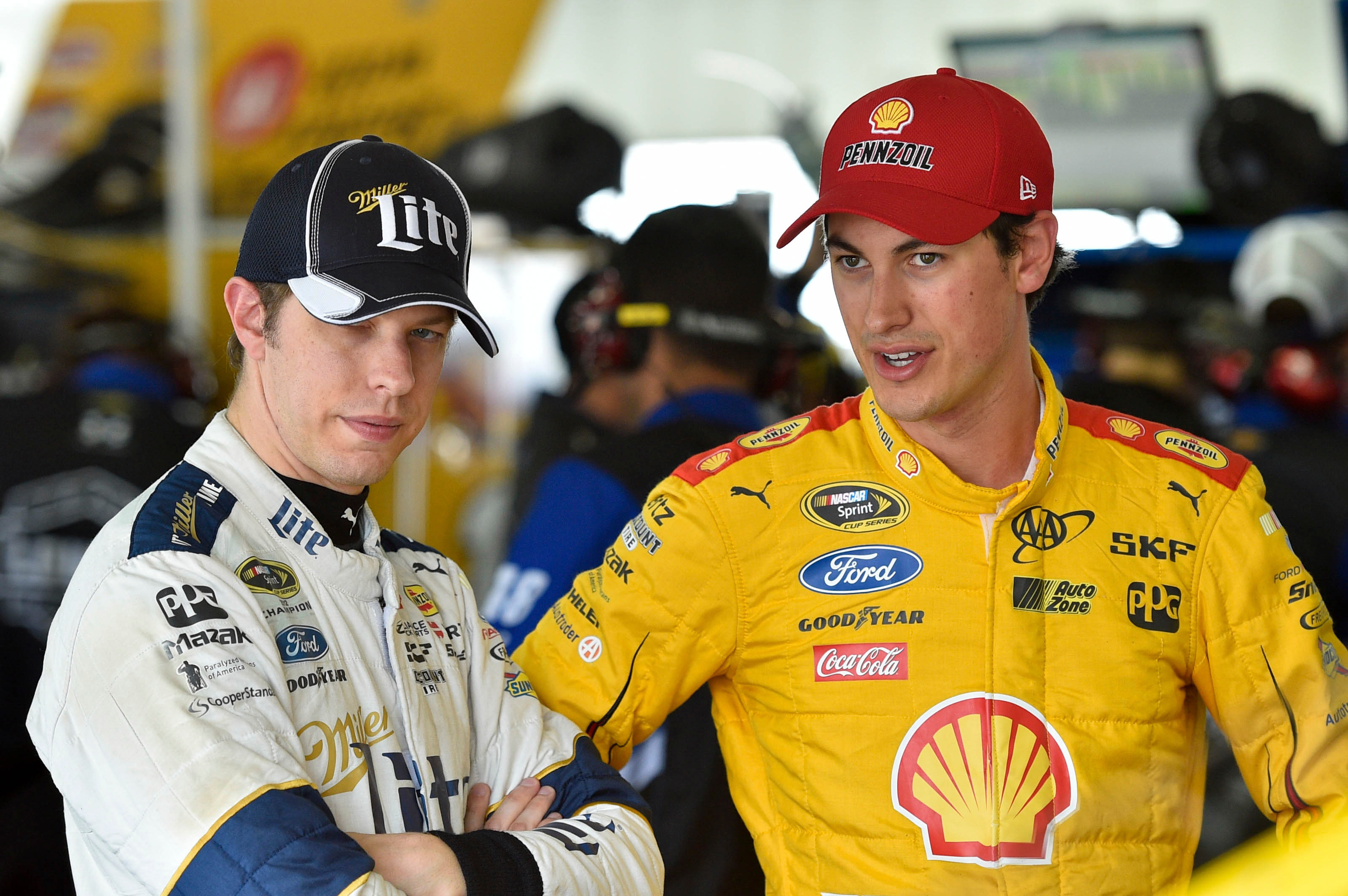 Joey Logano has spoken to the media following the last lap collision between his Penske teammate Brad Keselowski at last Sunday’s Daytona 500, saying that the pair need to find a way to move on.

According to Logano, the pair have not spoken to each other since the crash which ruined both of their chances of winning the illustrious Daytona 500 which was ultimately won by Michael McDowell.

Logano mentioned that the pair will have to speak ahead of Sunday’s race at the Daytona Road Course, the O’Reilly Auto Parts 253.

“The analogy I used on Sirius a minute ago: It‘s a marriage,” Logano said.

“So that‘s kind of the situation here, where I will be forced and he will be forced to work with me. We‘re still teammates. We will have to figure this out. We may not have to agree on everything, but we at least have to find a way to move forward. And that is going to be the approach for me to do because going back to the 400 men and women that work at Team Penske, we owe to them to figure this out. And we will fix it.”

“That‘s the goal, that you can‘t seek revenge or seek, well, you made my life hard so I‘m going to make your life hard. That‘s childish. We‘re adults. We‘re not doing that. I‘m not going to do that for multiple reasons. For one, like I‘ve been saying over and over again, if you do this, that‘s the most selfish thing you can do because you‘re not just hurting yourself or hurting him, you‘re hurting all the people that work on that car. What‘d they do to you? And they‘re the same people that work on my car, by the way.”

Logano concluded in saying that: “The  biggest heartbreak of this whole thing is that there are 400 people at Team Penske asking where their Daytona 500 bonus is and it‘s up in a ball of flames up in Turn 3 right now.”