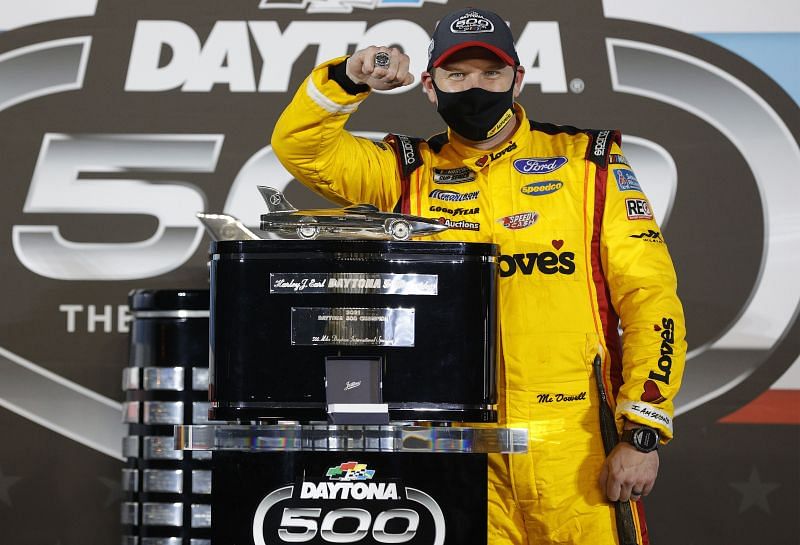 Daytona 500 winner Michael McDowell was rewarded Friday with a sponsorship increase from CarParts.com.

The online parts sales company was already part of McDowell’s program at Front Row Motorsports but was still working on its 2021 budget when the NASCAR season began Sunday with the Daytona 500. McDowell earned his first victory in 358 Cup races by overcoming 100-1 odds in winning NASCAR’s biggest race.

CarParts.com will be McDowell’s primary sponsor on the No. 34 Ford at Watkins Glen, Indianapolis, at McDowell’s return to Daytona in August and finally at Las Vegas Motor Speedway in September. Las Vegas is a playoff race, the only one open for sponsorship in FRM’s inventory. The company will also be an associate sponsor all season.

The company received a marketing boost last summer when it bought Bubba Wallace’s bumper after McDowell and Wallace had an incident at Bristol. Wallace had left the bumper at McDowell’s hauler and CarParts.com auctioned it for charity donations.

The Daytona 500 was the third victory in Front Row Racing’s history. The team still has five races for McDowell open for sponsorship.